Ways to Settle in Canada. Make Canada your Permanent Home. 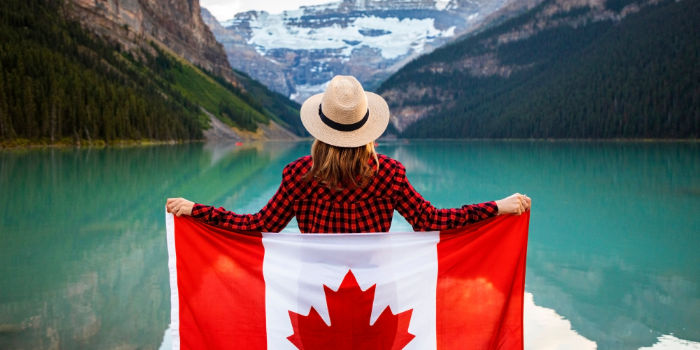 Whether you’re looking for opportunities for immigration or you’re already on your way, moving to Canada may prove to be the ultimate dream, and we’ve anticipated some of your questions regarding the process. Questions revolving around immigration requirements, the best city to settle in, and the cost of living in certain provinces may plague you.

We completely understand and are here to help put some of your queries to rest. In this guide, we’ll take you through some essential factors and considerations when it comes to immigrating to Canada, settling in, and starting your new life.

Before anything else, you need the approval of moving to Canada; this can either be on a work or study permit, immigration, etc. Some pathways into Canada are:

Express entry is a primary path for skilled immigrants hoping to become permanent residents or citizens of Canada. There are three Express Entry programs, and you need to be eligible for one of them. Once you apply, you are scored on several factors such as your age, your work experience, your education, your French and English skills, etc. Every two weeks or so, the Canadian government invites successful candidates to apply for permanent residency.

The government aims to process applications for permanent residency in roughly six months, at most. The total Canadian dollar amount you will have to pay for Express Entry will depend on the number of people in your family and various requirements, such as police clearance certificates, medical examination fees, educational credential assessments, language tests, etc. The current application fee alone is $1,325 for an adult and $225 for a child. However, total costs may go up to around $7,000 per person. It’s best to be prepared once a decision is made to apply to Express Entry.

In Canada, territories and provinces are allowed to manage their own PNP (Provincial Nominee Programs) to help individuals with the work experience, education, or skills needed in a specific jurisdiction to immigrate to Canada. There are different streams with different immigration requirements for semi-skilled and skilled workers, businessmen, businesswomen, and students in most provinces. Before moving forward, make sure you research the immigration requirements, fees, and wait times for each province.

Pathways to stay in Canada

Canada has introduced unique pathways for francophones, international graduates, and essential workers to permanently stay in Canada. In May 2021, Canada introduced a temporary to permanent pathway for 90,000 people. Check out the eligibility criteria and if you meet those, consider opting for these pathways since they can speed up the whole immigration process.

Apart from the immigration options discussed above, there are a few other programs through which you can settle in Canada. Examples include the Quebec Experience Program and the Quebec Skilled Worker Program – these programs are run in special agreement with the federal government of Canada. The province of Quebec can choose skilled immigrants who can most suitably adapt to living in Canada.

Another example is the Atlantic Immigration Pilot program that helps both temporary foreign workers and international students stay in the region and skilled workers immigrate to Atlantic Canada.

There’s also a caregivers pathway that helps those who require live-in medical care support or for those who provide care to elders or children.

Another option is the Start-Up Visa program that helps people willing to start a business in Canada.

You may also opt for other highly specialized programs that you quality for. Learn more about these programs on the official government website.

If you have a close relative living in Canada willing to sponsor you, you can apply for the family sponsorship program to get a permanent residence.

A Canadian or permanent resident over 18 years can sponsor a relative. The application fees and time will vary according to your relationship with the resident. Learn more here.

Temporary workers can get work permits where LMIAs (Labor Market Impact Assessments) find a lack of workers in that area in the country. These work permits can be for agricultural workers, caregivers, and people in business. The process of getting the work permit and cost will vary depending on the work program you apply through.

Apart from that, some work permit pathways do not require an LMIA. Pathways not requiring an LMIA may be facilitated via free trade agreements between Canada and other countries. Such arrangements may allow people in business or youth to obtain a Canadian work permit.

Canada is one of the most incredible places for international students. The federal government has placed exemptions to allow the students to study in the country despite the pandemic. If traveling to Canada is impossible during the pandemic, you can still enroll in a Canadian-designated learning institution overseas and be eligible for the PGWP (Post-Graduation Work Permit). Students aim for the PGWP since it allows them to work in Canada, which can then help them be eligible for a permanent residence.

To be able to study in Canada, you first need an LOA (Letter of Acceptance) from any Canadian Designated Learning Institute (DLI). A DLI is basically any university, college, or educational institute authorized by the government to welcome international students. After getting an LOA, the next step is submitting your study permit application to the IRCC (Immigration, Refugees, and Citizenship Canada). In most cases, you will have to demonstrate to the IRCC that you have an LOA, can proficiently speak French or English, and prove that you have enough money to support yourself and any family moving to Canada with you.

Costs of Living in Canada

Numbeo, a database that compares the living cost around the world, stated that as of March 2021, for a family of 4, on average, the monthly cost of living in Canada is roughly $3,675, while for a single person, the cost is approximately $1,109.

Rent in Canada significantly varies depending on where you live and the kind of property you opt for. Generally, Canadians spend roughly 35-50% of their income on housing and utilities. The Canadian government estimates that immigrants can expect to pay $350 a month to rent a room and around $2,000 a month to rent a house or a large apartment.

Which Province or Territory?

Before you decide where you want to settle, you need to consider a few factors, such as the cost of living in the province you’re going to or have decided on, your lifestyle, the average salaries in the city, the cost of rent/real estate, etc.

The following is a brief overview of the cost of living in the different provinces and territories Canada-wide:

Many consider moving to Prince Edward Island, New Brunswick, Newfoundland & Labrador, or Nova Scotia because of the natural beauty and the relatively low real estate costs. The average rent in these provinces is much lower here than anywhere else in the country. For instance, on average, you can get a 2-bedroom in Moncton, New Brunswick, for around $1,165/month and in Charlottetown, Prince Edward Island, for roughly $1,401/month.

French-speaking immigrants often opt for Quebec. The province itself prioritizes francophone immigrants via its provincially-run immigration programs. Compared to other provinces, real estate rental prices can be low, even in urban areas where many students need housing. On average, the provincial salary is $49,511.

Most people opt for Ontario primarily because of Toronto, the most populous city in the country known for housing vibrant immigrant communities. However, living in Toronto can be quite expensive, with the average price of homes being roughly $850,000 and rent for a 2-bedroom costing $2,300 a month on average.

However, there are other places in Ontario that are considered some of the most inexpensive places to live, such as Sault Ste. Marie, where a 2-bedroom apartment costs around $1,000 in rent per month. The average provincial salary is $55,524.

Many opt for the prairies because of the economic opportunities present in Manitoba, Saskatchewan, and Alberta. The average rent in larger cities in Alberta cities is the highest of the prairie provinces. For instance, a 2-bedroom apartment in Edmonton costs roughly $1,250 a month while the rent in Calgary for the same housing situation costs on average around $2,300 a month. Similarly, you can get a 2-bedroom apartment in Winnipeg, Manitoba, for $1,223 a month and the same for $1,222 a month in Regina, Saskatchewan. The average salaries are $54,371 in Saskatchewan, $49,661 in Manitoba, and $61,865 in Alberta.

Another popular destination for immigrants is British Columbia, home to Vancouver, a city surrounded by mountains and water and ideal temperatures that allow you to golf and ski the same day. However, British Columbia is rather expensive. For instance, in Vancouver, the average home prices are $1.3 million, and average rents are $2,793 a month for a 2-bedroom apartment. That is not to say that you can’t find something more affordable in smaller areas. Here, the provincial salary is $53,416, on average.

Once You’ve Moved to Canada

Once you’ve settled in Canada, you must take care of the essentials.

You must obtain your social insurance number, health insurance, and perhaps your driver’s license. We recommend connecting with community organizations and your consulate to connect with other immigrants and get a Canadian bank account. 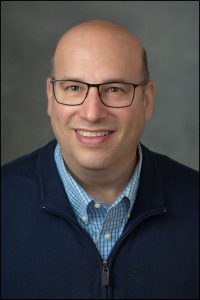